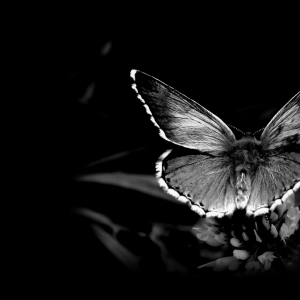 147 Peacoat Drive. That was the address of Mr. Holmes and his late wife. But Barry refused to exit his car, glaring at the nearly empty three story mansion-like house in the dim streetlights on the otherwise clear, cloudless night. Only one light was on, the front window, and Barry could only assume it was the kitchen. Demons, he thought, it all comes back to them. Barry had only recently been introduced to the horrors of the world thanks to an unmentionable friend, but he was already getting the hang of detecting and tracking them. See, Barry had the Gift. The Gift was what his ‘friend’ had mentioned, a sense of the unordinary, the ability to feel the otherworldly connection in the fabric of time and space. Barry himself could still barely understand what it all meant but when he came close to the dead, they spoke to him, spilling their secrets like a waterfall after a rainstorm. But it wasn’t like talking to a human being, no. For Barry it was using his senses, his third eye to reveal the unseen. That was how he found out Mr. Holmes true face. The demonic expression of the cruel world they lived in. Barry flicked his cigarette out the car window and rolled it up slowly. Reaching into the back seat, he revealed the silver dagger that reassembled more of a machete and a leather bag of five solid silver pegs. A true and only way to kill a demon is with silver. Remember that, and remember this. The demon is not human, nor will it ever be. You kill it, you sever its connection with the host and you pray that mother won’t come hunt you down in a couple of years. The words of his ‘friend’ rang in his ears and he slid the blade into his easily concealable leather jacket.

“But that’s the wheel of the game. You track, you spot, you kill,” he muttered opened the car door, finishing the ghostly whispers in his ear.

He strode up to the police car, completely ignoring the fact that it was so out in the open it might as well have had a neon sign on it. He bumped the top of the roof and the uniformed cop jumped visibly, dropping the smoke between his quivering lips.

“Rough night, Lax?” Barry said with the queer smile he managed. Lax was shaking his head, rubbing his fingers through a thick mat of messy brown hair.

“This shit is fucked up. I don’t wanna be out here all night. Crazy fuck’s got it out for the entire town and I’m probably next,” he said with glistening, red tinged eyes. Barry could see his eyes darting to every shadow behind him. He remembered a time when he too was as scared as poor Lax. Barry sighed and leaned into the window.

“Go home to your wife, buddy. I’ll take it from here. I’ve been meaning to go over a few facts with him anyways. And don’t tell Phil. He’s liable to have a shit fit if he knew you were breaking during duty,” he whispered. Lax didn’t even try to argue. The key was already in the ignition before Barry could even finish his sentence.

“Be careful, Barry. This guy’s real sick, real messed up in the head. I would hate to hear about you in the Boleyn Times.”

Barry smiled and tapped the top of the hood, watching Lax speed down the side street barely slowing for the stop sign. The eerie calmness of the night stretched over him suddenly and a gusty breeze blew by sending his pant legs flapping. He lit another cigarette, watching the house. The light stayed on, glowing through the darkness like a beacon for moths. Mr. Holmes, aka a class two sub-demon, was not the biggest issue Barry had to deal with in town. But it was his closest lead yet to solving the rising body count of supernatural murders. Philsby didn’t know this. No one did. Only Barry and his mentor. Maybe in other parts of the world, similar people with Gifts did this for a living but as of now, they were the only ones. There was a class system in place for the order and strength of demons, five being the highest and most dangerous, one being lowest. Though Mr. Holmes was only a sub-demon, a familiar for the real deals, he was still just as strong when pushed. Sub-demons were also sloppier, tending to let their hunger take over and leave a messy trail behind like a child in a highchair.

The cigarette in his mouth was nearly wasted, the ashes almost touching his chapped lips, so he threw it to the ground with dissatisfaction. Smoking worked less and less each time he started a hunt. He jogged up the nine steps to the tall, regal looking maroon colored door and knocked once, twice. Three times. Barry heard a panicked shuffle and then a chair smack to the ground. I guess it was too much to ask for a simple, easy hunt. Holmes was spooked.  He pulled the silenced gun from a holster off his hip and fired at the lock. With one good kick, the door swung open wide and the kitchen light clicked off, bathing the hallway of the house in complete solid darkness. Barry readied the gun as he entered the house, anticipating an attack from any direction including the ceiling. He closed the door and shoved a loose shoe as a wedge to keep the busted frame from reopening. Last time he had left a door open while on a case, it ended badly. Barry first noticed the smell, the rancid sour meat smell mixed with the odor of rotting feet. He fished the gray bandana from his shirt collar and affixed it over his nose. As he made his way further into the house, it groaned loudly, moaning as Barry entered the kitchen. He flicked the light but nothing happened.

“Goddammit,” he muttered picking the flashlight from his coat pocket.

The demon hissed cursing in its native demonic tongues as Barry made his way around the fallen wooden chair. He saw a flash to his left and fired two shots into the darkness, the flashlight whirling around like a drunken fairy but nothing was in the corner.

Barry shivered but pressed on. It wasn’t the first threat he had ever heard, nor would it be the last. The house seemed to breathe inwards and out as he swept the entire first floor, moaning and groaning echoing around him like stereo volume being turned up and down. The second floor was just as much a waste of time as the first, knowing full well where the demon really liked to hide. The basement. It was the cliché from every slasher flick he had ever seen and Barry always cursed the fact that in the case of demons, that was a completely accurate myth. But to Barry’s surprise, the basement wasn’t dank and creepy but rather elegant and well kept. The carpet was a beautiful creamy tan with a set of black couches and chairs sitting atop it and a beautiful deep red bricked fireplace. There was a bar to Barry’s left and it was the first place he checked, quickly flashing his light over the marble counter top. Empty.

“Barryyyyy Marshhh. Barrrryyyyy Marrrrsshhhhhh,” said the eerie, demonic two toned voice behind him. The hair on the back of Barry’s neck stood up as he turned. Mr. Holmes, the sub-demon, stood behind him, elongated arms stretching to the carpet. His face was twisted, expressing evil and torture as he gazed at Barry with a sharp grin and yellow eyes.

“I know you aren’t the Boleyn Demon, but rather just the simple little lap dog for the real master,” Barry said. The demon’s smile faltered.

“Am I not great enough to dominate this town myself?” it hissed.

“It became so clear once Palmina’s corpse entered our morgue that she was not the victim of the Boleyn murderer. She had similar lacerations to her mid-section, similar but not exact. And her intestines were only partially chewed, ripped with the teeth of some being. A true demon, well they would have removed the organs and used a knife, a fork. True blooded demons are not barbarians. They are a sophisticated evil,” Barry said shrugging his shoulders. Mr. Holmes cracked its neck and watched Barry through simmering, hateful eyes.

“And though you tried, you actually almost had me fooled as a human being. I wonder, would you tell me the name of the true face of evil in this town or will you die miserably at the end of my blade?”

Its eyes flicked but it said nothing and Barry wondered not for the first time why he was even doing this job. Was it because she asked me too? Was this all Levinstein’s fault I got dragged into this mess? He hated to admit that she, a woman, was able to teach him the skills he needed for this job but she was brilliant until the day she died and he had never loved anything more than he had her. He wanted to quit, leave the life and be with her but that could never happen and he would never be able to stop until he found the one that killed her.

“I guesssss we should start thissss dance thennnnnn,” it said jumping at Barry.

Filed under The Butterfly Casket